An Iconic Place. A Community Venue.
The Manor is where memories are made.
Menu

The Manor on Main Street: Past, Present, and Future

The bustling streets and despairing slums of Manila, Philippines, are thousands of miles away from The Manor on Main Street, one of the most beautiful and historic buildings in Alachua, Florida. Orphaned at the age of six along with her siblings, Salvie survived the ghetto receiving financial support for school and daily food assistance from the local Baptist Church through a benevolent international sponsor.  The Manor’s current owner, Filipino-American Salvie Andreola, sat down with me for a conversation on a warm afternoon in the first week of Fall. I had many pressing questions, but first, I needed a tour.

Registered in the National Historic Registry as Williams-Leroy House, the manor is a stunning representation of late-nineteenth-century Southern architecture in the tradition of Queen Ann. I could not imagine this single, petite woman taking on such a massive restoration project. With three stories covering over 7,000 square feet, four bedrooms, five dining areas, six toilets and baths, a commercial kitchen, and a fantastic courtyard with a gazebo and a waterfall, the task seemed insurmountable. Seeing the Manor today, in last quarter of 2021, one becomes taken in time. Not a typical remodeling job, this is an impressive restoration project stamped with the enduring impression of love, beauty, and struggle. But then, I did not know Salvie.

The historical roots of the mansion date back to the migration of Furman Williams and his brothers in the mid-1800s, the pioneer days of inland Florida. Coming from South Carolina, the Williams brothers bought land in a 350,000-acre area known as the “District of Elochaway.” Helping establish Alachua’s predecessor town, Newmansville, Williams acquired a financial interest in general stores. With the railroad’s coming, they divvied up the land, selling one-acre plots for residential and commercial use. The new community, consisting of a train depot, horse stables, retail stores, a commercial bank, a post office, and lumber mills, was named “Alachua” by Williams himself. Construction on the manor, which would serve as Furman’s home, began in 1898, and the grand project was completed in 1902. From the third story, Furman could look out on his various businesses, a bank where he held interests, and the post office he established and ran until his death in 1905. Afterward, his widow, Ida, and a nephew, Henry LeRoy, occupied the manor. The Williams’ home decked itself with the very latest in the cutting-edge conveniences of the times, including indoor plumbing and gas fixtures. In 1903, a report titled “Southern Industry”, described the manor as one of the best in the county.

Getting out of my car, I walked through the traditional white picket fence gate as Salvie welcomed me with open arms from the top of the stairs. As I approached to greet her, the chandeliers hanging, shining, and glittering in the daylight first captured my attention.

My eyes then shifted up toward the magnificent monumental pillars surrounding the wrap-around porch, gable dormer, pavilion turret, and brick chimney.  I stood there for a moment in admiration and respect, smelling the thick air of history, and thinking of the large, old plantation houses adorning the fields and streets of Alabama where I had once lived. 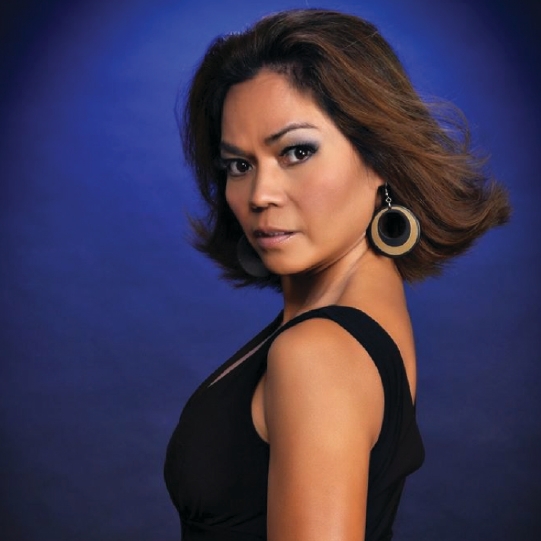 I came out of my daydream, reminded by Salvie’s smile that more was coming. Entering the Manor, my feet stood on the solid, splendid wooden floor, the kind of which adorned it at the beginning. The walls of brick, overlaid with softly-colored wood, hosted framed  photographs of those who had gone before, including Furman Williams. The warm-colored carpeting on the staircase, occupying only parts of the whole, radiated with the chandelier lighting above. Proceeding to the second floor, the staircase’s original intricate pineal and baluster, the aesthetic senses are taken by the allure of the original fireplaces with ornate mantle, one in each room, even though today the Manor is heated and cooled centrally. Every room had a name, and every name was of someone who had owned and lived there before. Reaching the third story, I stood in the turret, looking outside and down below from Furman’s old office. I imagined what he had seen, what he thought about it all, as Main Street bustled about with daily business, and the occasional circus set up across the way to entertain the residents. This transformational period was the twilight of the old farmer’s republic and the dawn of a national industrial economic system. Yes, the times were changing. And, Furman Williams could watch it from above. His epitaph, still present and visible today near the historical marker for the Newmansville Methodist Church, reads:

Living he made the poor man’s heart glad

And at his death the sorrowing ones more sad

Eventually, sitting down to talk with Salvie, I had to ask her a burning question, one possessing me from the very beginning. How did such a petite, humble, and unassuming single-parent take on the enormous responsibility of restoring one of Alachua’s most extensive and grandiose homes? How could a Filipino, coming from poverty, relate to the work of a white, wealthy patriarch from mid-American history? As we conversed in a downstairs dining room, Salvie became enthusiastically excited. “I did it because I love to build. I feel a sense of satisfaction to recreate the beauty and to restore the glory of the past. It’s important to preserve the past, to cherish it for future generations within the community,” she said.  Her love for the structure occurred at first sight, a mystical case of kismet. Emotions aside, Salvie is clearly a headstrong and determined woman, conquering more than a few tough obstacles. Earlier in her life, with the initial move to America, she spoke only Filipino and had to overcome her communication deficiencies in English. A relentless thirst for learning opened up various opportunities for working in roles outside of her previous employment as a housemaid. In Maui, she began afresh as a bank teller and later transitioned into a billing encoder at a local hospital.

After her husband passed away, Salvie assumed the family business. “It was a challenge being a single parent of a minor child. I was managing a high-volume revenue-clientele of a merchant credit card processing company,” Salvie stated. “It was a very stressful time.” Given the high cost of living in paradise, raising her minor daughter all by herself, they moved to Gainesville, Florida where she started a new ambitious venture as a real estate investor.

Her humble beginnings kept Salvie grounded yet committed to reaching a better future for her daughter. The qualities that helped Salvie survive long hours of hard work in the Philippines, then Singapore, then Hawaii, serve her well in Florida. Salvie’s optimism, grit, and resilience allowed her to revisit Manila. She leveraged her financial resources and utilized her construction management expertise to build condominiums for her sisters not only to have a better place live, but also to provide a source of income for them to lease and manage. Now a real estate investor, she owns and manages luxury properties both domestically and internationally. From homelessness to home building, and now, on to historic restoration, Salvie’s life story demonstrates her willingness to take risks, endure long hours of hard work, and triumph in every life-struggle.

After considerable conversation and reminisces, an inevitable question posed itself. What was Salvie’s plan for the manor’s future? She had not, to this point, given me the slightest clue; I really couldn’t begin to guess it. She spoke highly of the elegance of the manor, its qualities and structure, and its history during the tour. Salvie impressed me as well acquainted with each fact and story, which could only be found in old tax records, city maps, local libraries, and at the National Historic Registry.  But when we sat down at a dining table on the first floor, I finally put the question to her: “Salvie, what is your vision for the manor going forward?  She paused, had a deep sigh, then she answered,

“Right now, I am booking for weddings, parties, corporate meetings, and cultural events currently operating as a venue rental.  My long-term plan is to hand over the operational business management to someone who values historic preservation, and  whose ideal is to serve the people in our community and surrounding areas. The manor was once a well-known restaurant, which the people in the community profoundly enjoyed and greatly miss. My ultimate dream for the manor is to make this place a destination where people look forward to coming at the end of a hard-working day to listen to live music, sip a glass of wine, unwind, and enjoy the company of friends and family. The Manor on Main Street is not just a name, it’s a brand.”

Salvie is seeking visionary investors interested in a possible managing-partnership arrangement. The interested party would respect its historical integrity, preserve its majestic treasure, and use its sterling towers to begin another chapter in the manor’s history. Leaving Salvie and this glorious place, I stood for a moment and looked back. The day’s heat and coming rainfall reminded me the manor had encountered many storms through many years, but now, because of Salvie, it would withstand many more, just as she has.